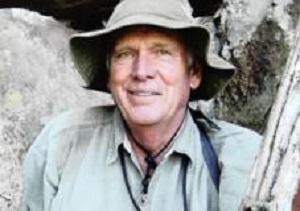 TONY Abbott, who has died in KwaZulu-Natal aged 77, was one of the foremost amateur botanists in the world and a fighter for the protection of endangered species.

He founded the Umtamvuna River Trust, which helped to establish the Ngele Nature Reserve in an area that had been threatened by bauxite mining, and played a key role in opposing dune mining and the construction of a toll road along the Wild Coast. This is a battle he continued fighting until he became too ill to do so.

He discovered — and had named after him — five rare plant and tree species in Pondoland. Extremely modest about his botanical knowledge and achievements, he was well known and highly rated by academic botanists both in South Africa and abroad.

His quiet, self-deprecating nature was combined with huge tenacity and an insatiable curiosity and willingness to learn and pass on his knowledge.

Anthony Thomas Dixon Abbott was born near Bedford in the UK on September 22 1936. After completing school, he went to what was then Southern Rhodesia and worked as a cattle rancher.

He went back to the UK to study at the Northamptonshire Institute of Agriculture before returning to Rhodesia to start a tobacco farm near Bulawayo. Later, he moved to the eastern highlands of Rhodesia, where he grew coffee.

He came to South Africa in 1979, bought a farm near Port Edward where he grew bananas and macadamia nuts, and developed his passion for botany.

The part of the world he loved best was Pondoland and Umtamvuna. He was never more content than when striding across the grasslands and climbing up gorges, leaving much younger companions and assistants breathless in his wake, stopping every now and then to examine and enthuse about a little plant no one else would have noticed.

He edited and compiled Jewels of Mtamvuna: A Guide to the Natural Wonders of Mtamvuna. It became a popular reference work for anyone who wanted to know anything at all about the Umtamvuna Nature Reserve.

In 1989 he started PlantLife, which grew from a humble newsletter to a journal of international repute, read around the world by botanists, students, collectors and anyone else interested in plants and their conservation.

Abbott spent every minute he could in the bush. He not only studied plants and trees, but got to know local communities and did what he could to help them treasure and conserve their natural heritage. Often, he had to work hard to overcome initial suspicion about the intentions of this strange, gentle, quietly spoken white man.

One of several projects dear to his heart was helping traditional healers to put together a book cataloguing their knowledge of the medicinal properties of indigenous plants.

Abbott, who died after picking up a bacterial infection following a heart bypass operation, is survived by his wife, Maggie, and three children. — Chris BarronTony Abbott: Keen botanist who fought for endangered species